NASA’s ICON payload, carrying an array of instruments to collect images of the ionosphere and measure characteristics of the space environment, departed from the Cape Canaveral Air Force Station Skid Strip in early November aboard a Northrop Grumman Pegasus XL air-launched vehicle.  The Pegasus XL vehicle is ferried to an altitude of 40,000 by an L-1011 aircraft, where it is released and it’s rocket engine ignited for its trip to orbit.  During pre-launch testing and check-out operations, the aircraft, vehicle, and payload are positioned on the Skid Strip where they are potentially vulnerable to direct or nearby lightning strikes.  A temporary lightning protection system is erected around the aircraft.  SLS installed two Jupiter OLS high-speed camera lightning monitoring systems to record and precisely locate all lightning activity in the vicinity of the aircraft.  In addition, SLS deployed a Jupiter TMS transient monitoring system to measure both lightning currents on the lightning protection system and electric and magnetic fields in the immediate vicinity of the aircraft.  Finally, SLS deployed a second Jupiter TMS system inside the L-1011 aircraft to monitor potentially damaging lightning transients on critical interface conductors between the aircraft and the vehicle/payload. 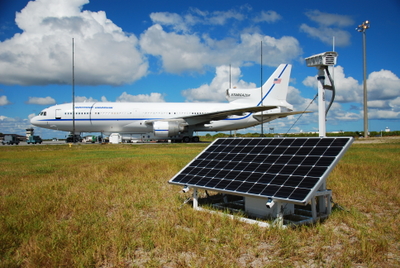 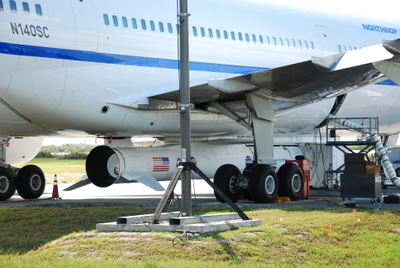 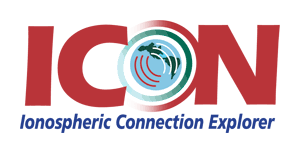 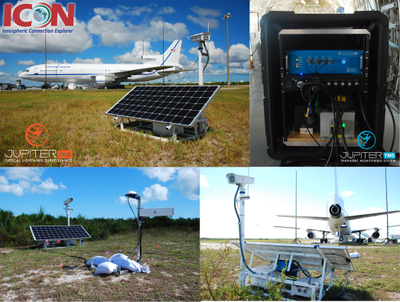