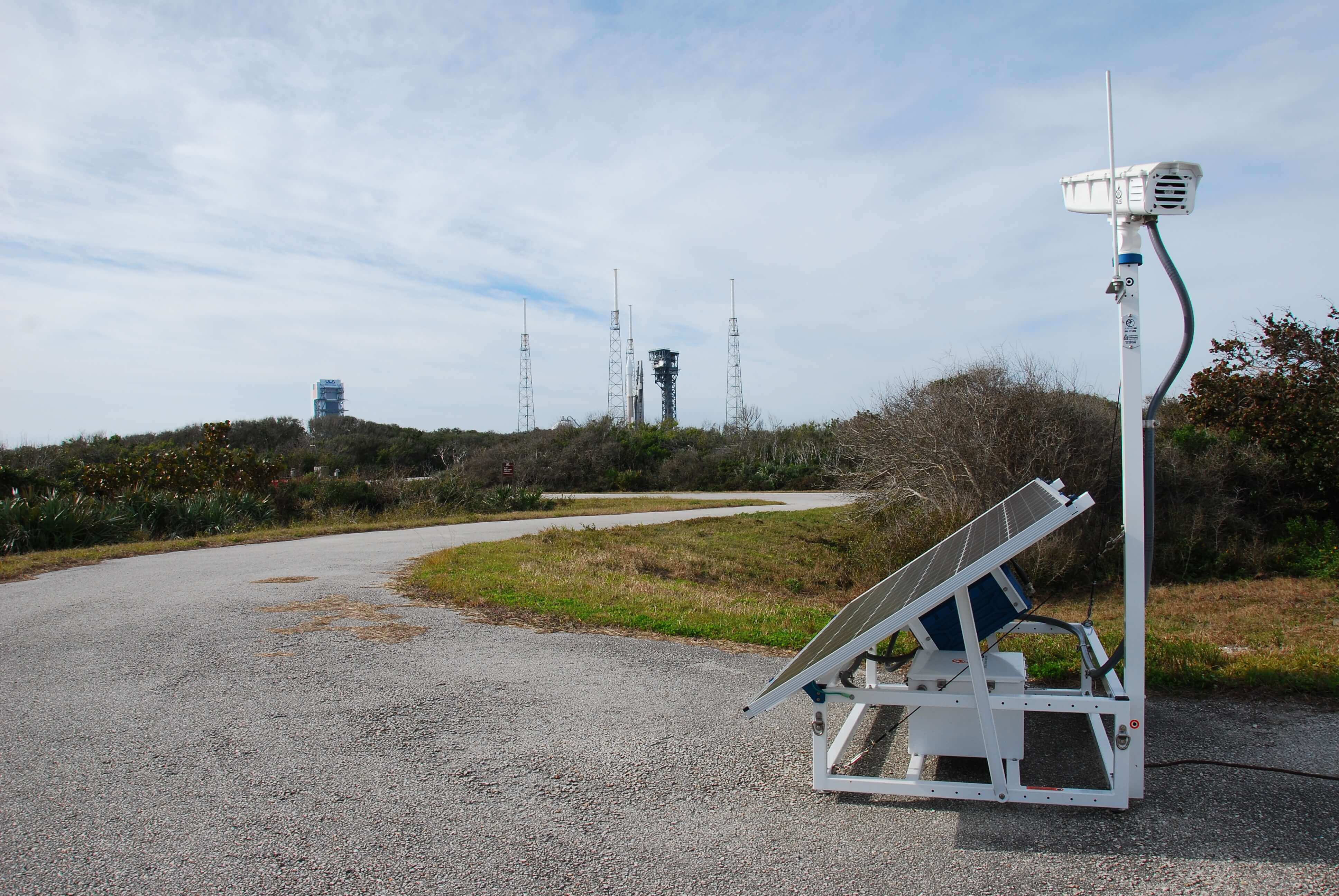 SLS worked with the NASA - National Aeronautics and Space Administration Launch Services Program (LSP) to deploy a Jupiter OLS system to provide precision lightning monitoring for the upcoming GOES-S mission from Launch Complex 41 (LC-41) at the Kennedy Space Center. GOES-S will be the second next-generation NOAA weather satellite slated for placement in geostationary orbit, following the successful launch of GOES-R in November 2016. Jupiter OLS will transmit high-speed video images of all lightning in the vicinity of LC-41 to operators during stacking, pre-launch, and launch operations.