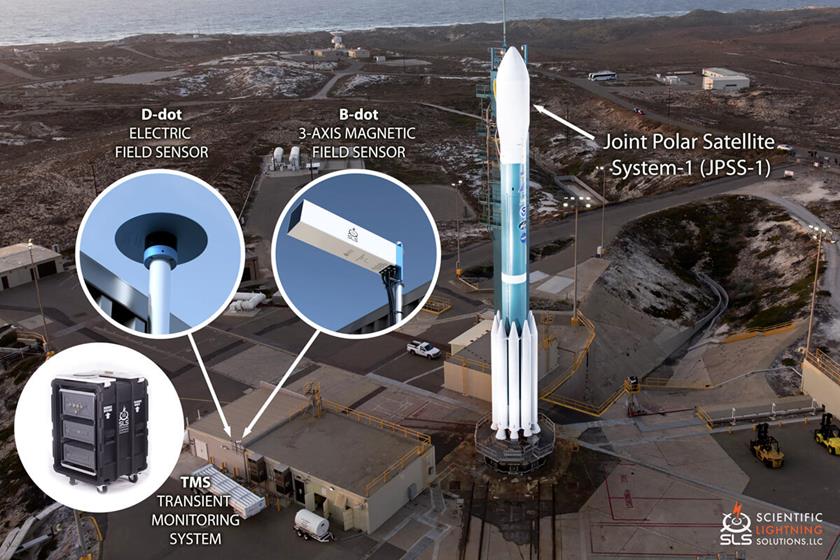 SLS worked with the NASA Launch Services Program (LSP) to deploy a lightning and transient monitoring system to support continuous lightning surveillance during the pre-launch and launch phases of the $655.5 million JPSS-1 mission. SLS provided a rack-mount Jupiter TMS (Transient Monitoring System) in addition to D-dot and 3-axis B-dot electromagnetic field sensors. The sensors and Jupiter TMS were installed immediately adjacent to the Delta II launch mount (pictured). Jupiter TMS recorded signals from the electromagnetic sensors in addition to critical transient measurements on the Delta II umbilicals through the successful launch of JPSS-1.