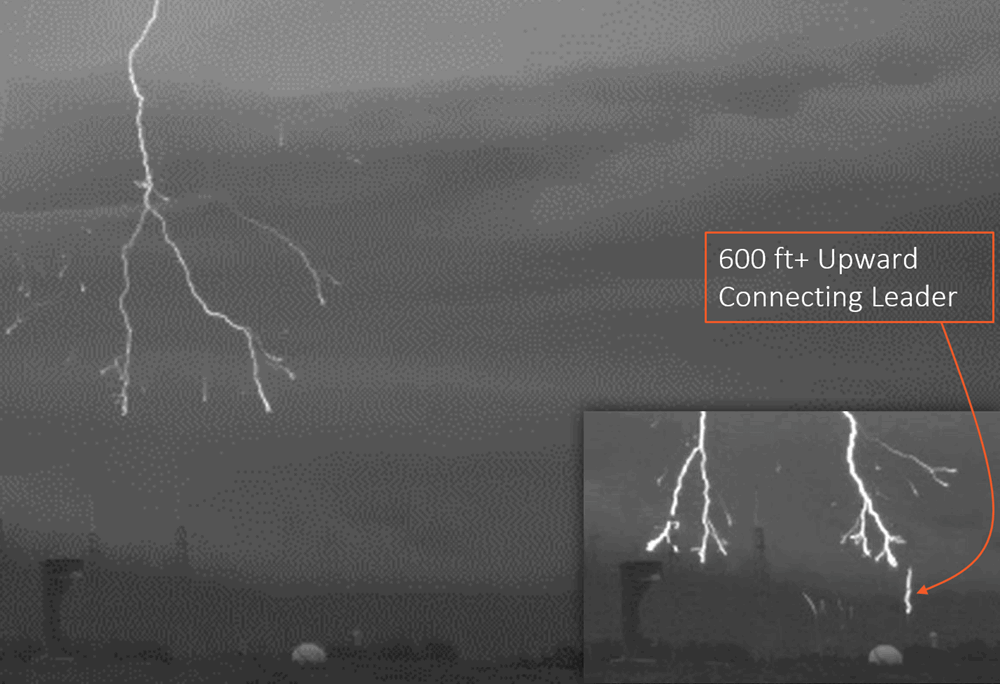 A Jupiter OLS lightning monitoring system installed at Kennedy Space Center recently recorded this direct lightning strike to the Launch Complex 39B (LC-39B) lightning protection system (LPS). Launch Complex 41 is located in the foreground. At least five long upward positive leaders were launched from the LC-39B LPS in response to the downward propagating negative stepped leader. Upward leaders were initiated from the air terminals atop the lightning protection towers, as well as from the overhead catenary wire system. One upward positive leader extended more than 600 ft. vertically before connecting to the downward leader.