What happens when lightning strikes pavement?

What happens when lightning strikes pavement? 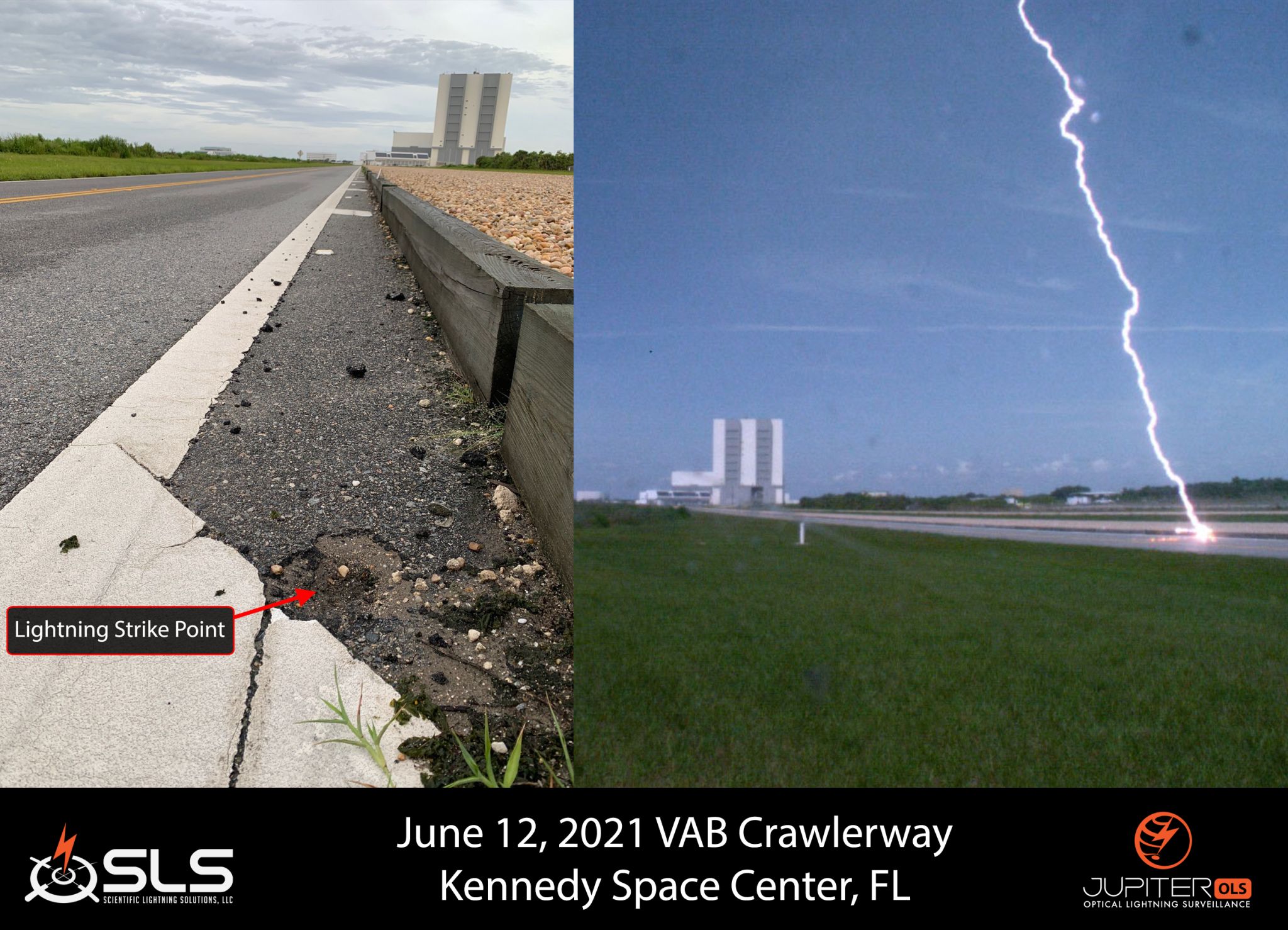 This past weekend, SLS' Jupiter OLS high-speed video lightning surveillance systems imaged a multi-stroke flash that terminated on the edge of the "crawlerway" which connects NASA's Vehicle Assembly Building (VAB) to Launch Complex 39A/B. The flash struck about 150ft from the camera. The first several strokes attached to a metal anchoring rod for the wooden barriers on the crawlerway. The last stroke jumped slightly to the south and struck the pavement directly. The clear-sky overlay image below (right) shows glowing pieces of asphalt being scattered from the strike location. The resultant pavement damage is shown at left.