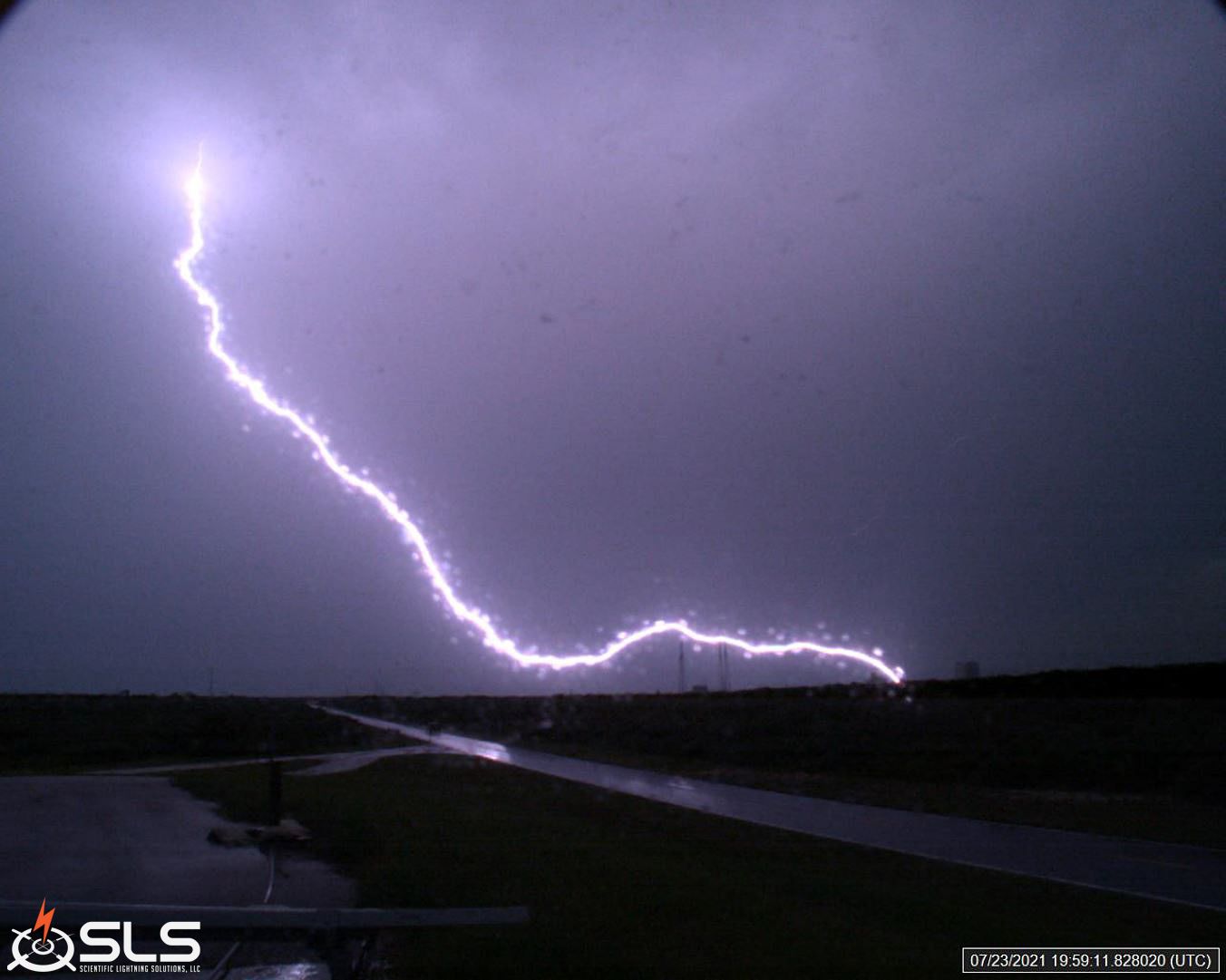 One of the events propagated towards ground, turned horizontal about 100 m above ground level, and then propagated for an estimated 3-4 km before terminating in the Banana River at Cape Canaveral Space Force Station.

This event illustrates a unique hazard for high-value assets where the damage potential for lightning strikes is typically gauged based only on the reported strike point. In this case, the lightning channel propagated horizontally at or below the height of both launch pad lightning protection systems and spacecraft integration buildings located kilometers from the strike point, exposing these assets to potentially damaging electromagnetic field transients. Note the Space Force lightning detection network did not report this lightning event. Without photographic evidence, this event would have been completely undetected.