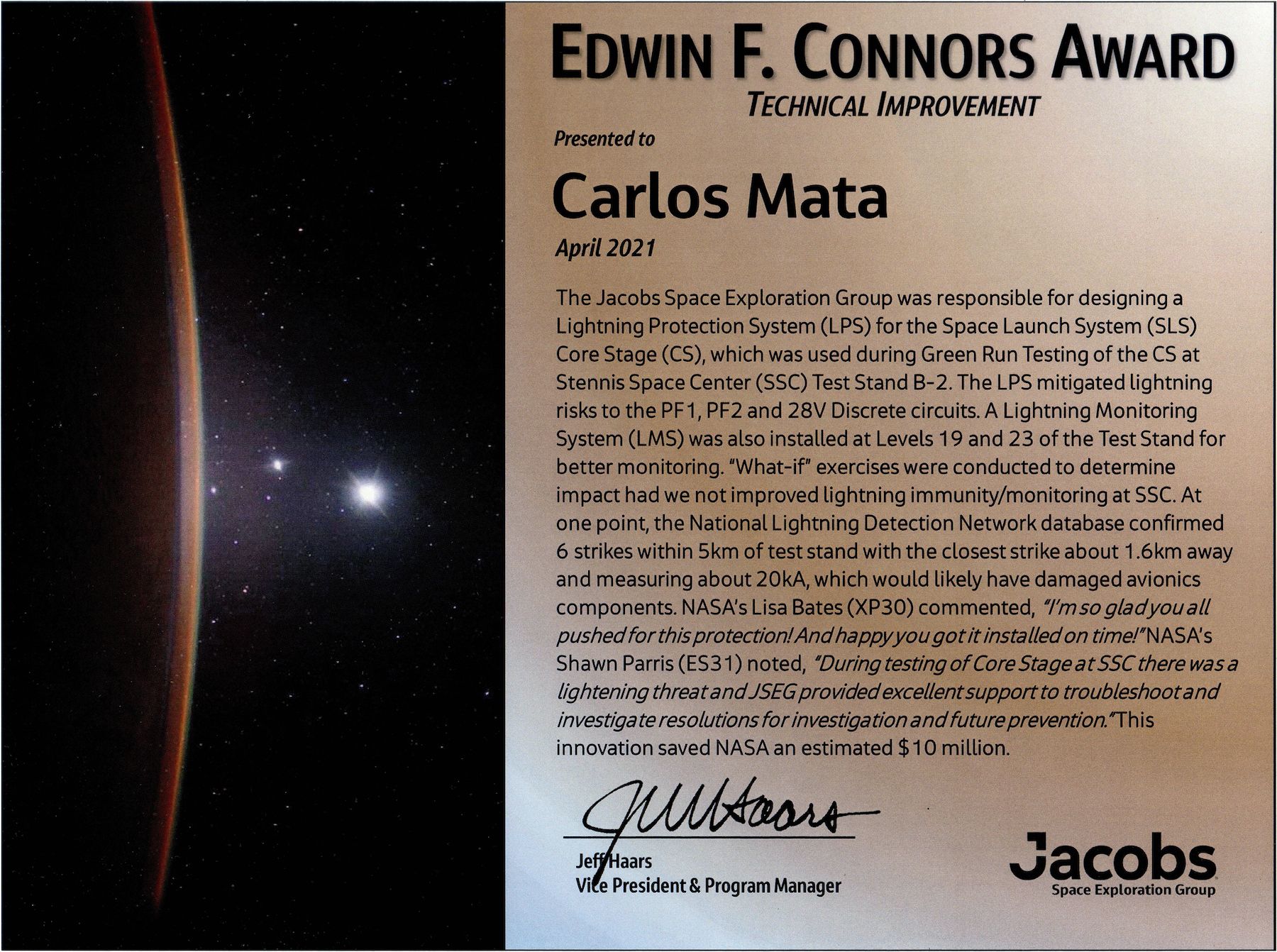 During late 2020, NASA's Space Launch System core stage was being prepared for a full-duration test firing "green run" at the Stennis Space Center. SLS was tasked by NASA and Jacobs to rapidly design, test, and deploy a lightning protection system for several critical circuits that connected the SLS core stage with ground support equipment. In addition, SLS deployed two Jupiter TMS lightning monitoring systems immediately adjacent to the vehicle to precisely measure umbilical currents. The custom hardware was immediately put to the test during severe frontal storms that passed through the area. The lightning threat was mitigated and the vehicle/avionics sustained no damage. According to NASA, SLS' efforts saved the program approximately $10 million and a major potential schedule impact.

The Space Launch System core stage successfully completed the "green run" testing and is now being fully stacked in NASA's Vehicle Assembly Building at the Kennedy Space Center in preparation for the Artemis 1 mission.