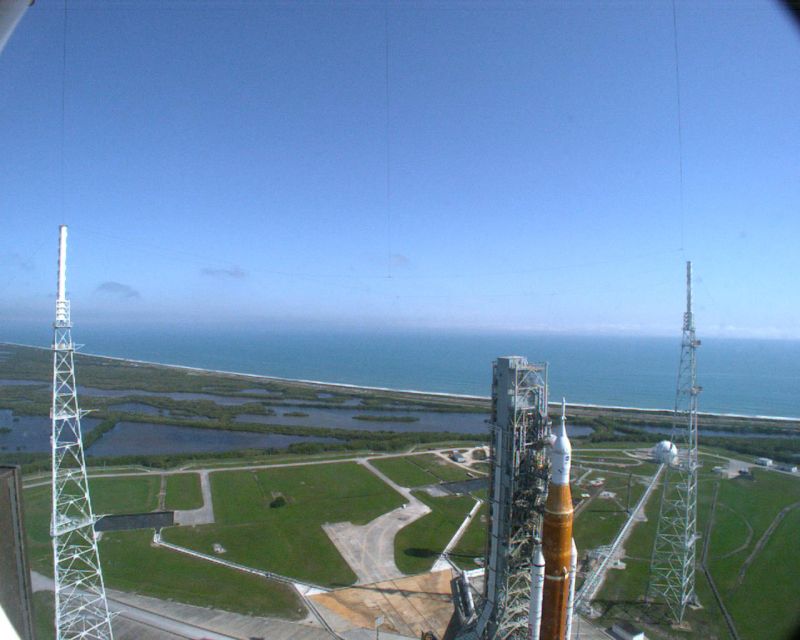 NASA's first Space Launch System vehicle, which will support the upcoming Artemis I mission, was rolled to Launch Complex 39B last week for the first time for a fueling test and simulated countdown. The Artemis I mission, scheduled to launch from Kennedy Space Center in the May/June timeframe, will launch an un-crewed Orion crew capsule into lunar orbit. The mission will pave the way for NASA's return to the moon on a crewed mission (Artemis II) slated for the 2024 timeframe.

NASA engineers are utilizing seven of SLS' Jupiter OLS systems to provide continuous lightning monitoring for the Space Launch System vehicle during testing, pre-launch, and launch activities at LC-39B. Six camera systems are mounted on the lightning protection towers at LC-39B while one camera views the "crawlerway" and LC-39B from the roof of the Vehicle Assembly Building (VAB).