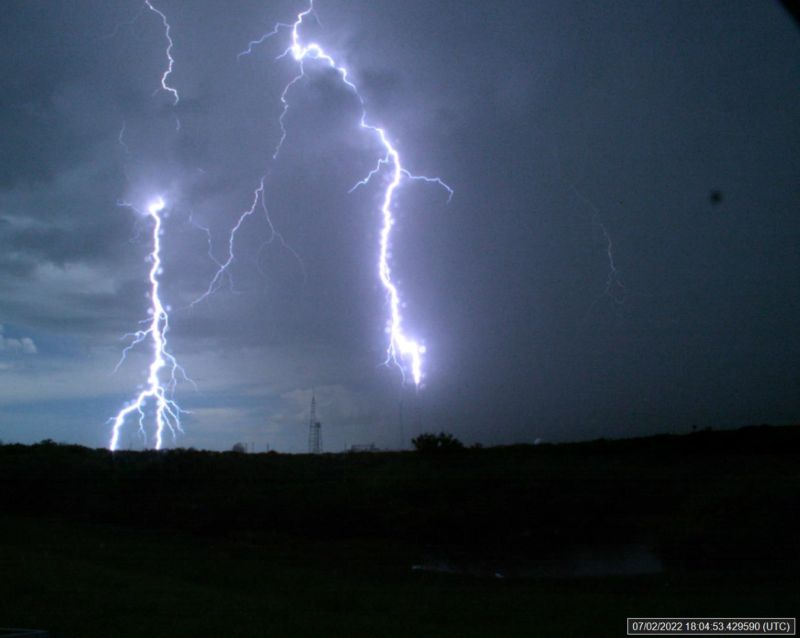 Launch Complex 39B at the Kennedy Space Center was directly impacted by an amazing lightning event on July 2, 2022. The first stroke (Image #1) attached to ground in two locations and to a tower of the LC-39B lightning protection systems nearly simultaneously. The direct strike was not reported by the Space Force lightning location system, an issue that typically occurs for multiple-ground contact strokes. The second stroke terminated to the same tower at LC-39B (Image #2), and then attached to ground in two different locations shortly thereafter (Image #3). In total, the flash exhibited five unique termination points. Fortunately, the Artemis 1 launch vehicle had departed the pad about 10 hours earlier for it's trip back to the VAB for final launch preparations. 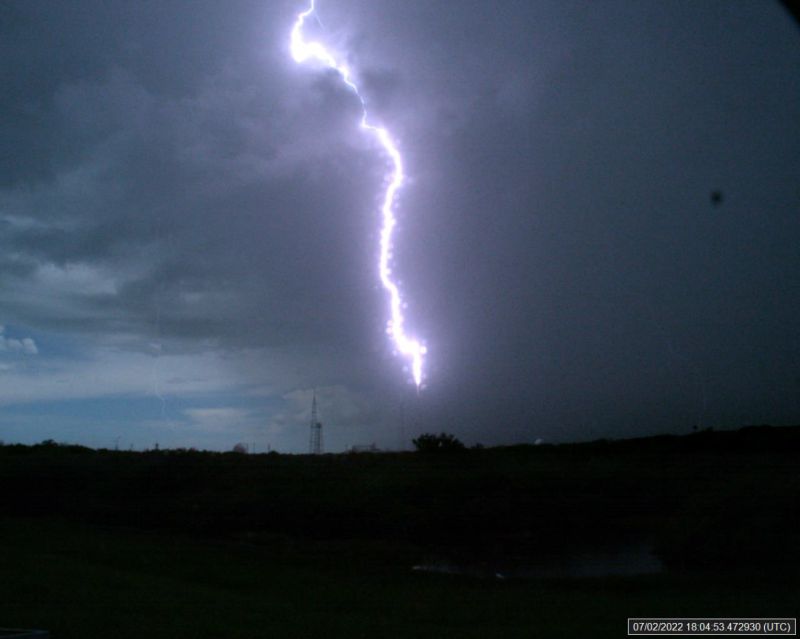 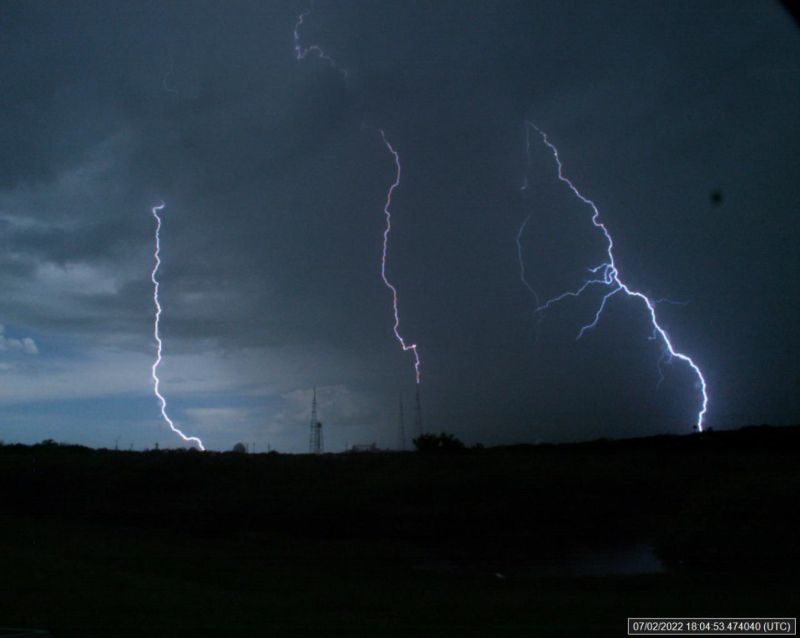