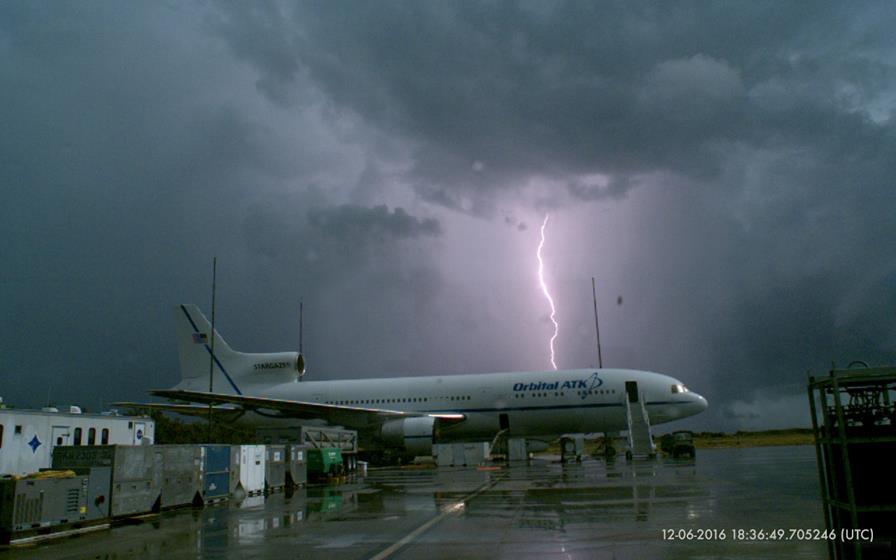 Lightning Monitoring System Keeps Satellite Launch on Schedule. The recent launch of the CYGNSS satellites was able to continue its countdown despite fierce lightning at Cape Canaveral Air Force Station just days before the scheduled deployment. 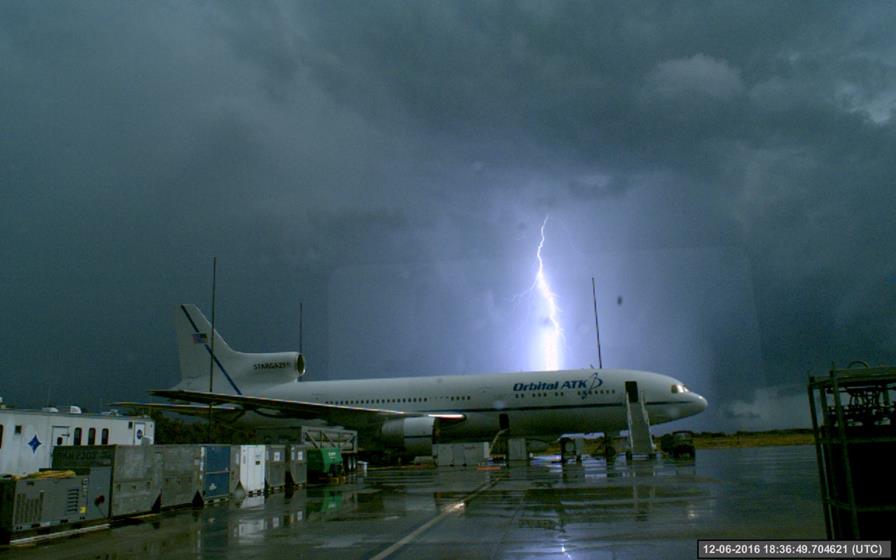 TITUSVILLE, FL – January 18, 2017: The recent launch of the CYGNSS satellites was able to continue its countdown despite fierce lightning at Cape Canaveral Air Force Station just days before the scheduled deployment. Officials with NASA’s Launch Services Program were concerned that lightning would delay the mission by requiring avionic systems on the launch vehicle and payload to be tested for damage. The delay and cost of testing were avoided, however, when a state-of-the-art lightning surveillance system proved that the lightning was not as close to the launch vehicle as feared and that transient currents induced by lightning were well within acceptable limits.

The surveillance system was designed and operated by Scientific Lightning Solutions LLC, (SLS), a member of the Lightning Safety Alliance. The system includes sensitive current and voltage sensors inside the aircraft plus exterior electromagnetic sensors to measure the effects of nearby lightning. SLS also monitored the Cape Canaveral airstrip with two of the firm’s Optical Jupiter high-speed, zero dead-time cameras that are triggered by lightning strikes.

According to Carlos Mata, Ph.D., Chief Science Officer of SLS, “Optical Jupiter allows unprecedented precision in determining where lightning strikes. Our engineers immediately reviewed data collected by Optical Jupiter and provided conclusive evidence that the aircraft and rocket had not been exposed to lightning-related effects that would endanger the mission.”

Commenting on a photograph taken by Optical Jupiter, NASA’s Sean Potter says, “Though the photo gives the appearance of lightning directly striking Orbital ATK’s L-1011 carrier aircraft, the strike occurred approximately 2.5 miles from the aircraft’s location beside Cape Canaveral Air Force Station’s runway. The aircraft and Pegasus XL rocket were surrounded by an overhead lightning protection system (LPS) designed to protect them had a strike actually occurred in the immediate vicinity; the three masts of the LPS can be seen near the front and aft of the aircraft.”

To augment the LPS, Potter explains, “The surveillance system was designed for NASA’s Launch Services Program to document and assess potential deleterious effects of lightning strikes. The lightning surveillance system provided timely and accurate data that allowed for a continuation of the Pegasus XL countdown despite numerous cloud-to-ground lightning strikes recorded that day.” He also states that “SLS provided outstanding support and was able to quickly provide information that was helpful in mitigating the concern and moving forward with the launch.”

Jennifer Morgan, an officer of the Lightning Safety Alliance, observes that “Both CYGNSS and innovations at Scientific Lightning Solutions are important advances in meteorological science. The experience they gain with aerospace projects is helping protect life and property here on Earth.”

Scientific Lightning Solutions LLC: SLS has unmatched scientific, engineering, and lightning protection expertise to solve even the most complex lightning protection challenges. Based in Titusville, Florida, SLS has access to the world’s only commercially available live lightning test facility, proprietary analysis and design software, and exclusive fast-data acquisition and monitoring technologies and equipment. The firm’s website is www.sls-us.com.

Lightning Safety Alliance LLC: LSA is a non‐profit, non‐stock national corporation comprised of lightning protection manufacturers, distributors, installers and others interested in lightning protection issues. Its purpose is to provide a comprehensive and focused evaluation and response to legislative, administrative and regulatory issues facing the industry. Additionally, the LSA acts an informational clearinghouse for its members. The organization’s website is www.lightningsafetyalliance.com.

Caption: Lightning at Cape Canaveral Air Force Station nearly scrubbed the scheduled launch of the CYGNSS satellites from a Pegasus rocket carried aloft by a jet aircraft. The mission countdown was able to proceed when data from a lightning surveillance system proved that the launch vehicle and its payload were not damaged by the electrical storm. This strike was recorded on Dec. 6, 2016 by the lightning surveillance system designed and operated by Scientific Lightning Solutions LLC. Photo Credit: Orbital ATK, Inc.